Thanks to Sumera for a head’s up about Donald Trump’s inaugural speech which like so many before him is a very good example of civil religion:
“At the bedrock of our politics will be a total allegiance to the United States of America, and through our loyalty to our country, we will rediscover our loyalty to each other.
When you open your heart to patriotism, there is no room for prejudice. The Bible tells us, “How good and pleasant it is when God’s people live together in unity.”
We must speak our minds openly, debate our disagreements honestly, but always pursue solidarity.
When America is united, America is totally unstoppable.
There should be no fear — we are protected, and we will always be protected.
We will be protected by the great men and women of our military and law enforcement and, most importantly, we are protected by God…
And yes, together, we will make America great again. Thank you. God bless you. And God bless America.”

Satvir sent me an essay to mark and he was happy to share it with you:

He also asked about what could be included in a fundamentalism answer, so here are my ideas:

– definition of fundamentalism using Steve Bruce who identifies that there are two types of fundamentalism – the Western version (NCR in USA) which is a response to liberalisation and the post colonial response (Isis, Iran and Taliban).
An exploration of examples of fundamentalism – what are their features (sects or cults – deviant; closed belief systems; extreme; high commitment etc use Troeltch)? Compare to other forms of belief such as denominations, atheism or political ideology
– discussion of why fundamentalism has occurred – apply Anthony Giddens, Stark and Bainbridge, Lyotard and Bruce (cultural defence, failure of science metanarrative and response to late/postmodernism)
– also compare to Comte’s predictions of a positive stage and Weber’s rationality (why hasn’t this occured?
– You could use functionalism, in particular, Talcott Parsons and also Norris and Engleheart to help explain that people often require security and a point to life
– also secularisation has conversely encouraged fundamentalism because the secular world allows freedoms which leave a vacuum for fundamentalism
– globalisation has also allowed fundamentalism to flourish – sharing ideas via social media etc. and it is easier to organise and mobilise
– from a Marxist perspective you could explore ideas that fundamentalism is the ultimate example of how the powerful utilise religion to socially control
– from a similar conflict perspective, feminists would also argue that fundamentalism often allows the tight regulation of women (no contraception, abortion etc in USA; stoning of women but not men for adultery in Afghanistan)
– a really good UK sociologist to use is Ramji who argues that Muslim men utilise Islam as an excuse to exploit women and often justify their patriarchal actions with religion
– another sociologist to use is Akhtar who argues that young Muslims have become radicalised by the political events in the Middle East, Iraq and Afghanistan…
The future – will fundamentalism increase or decline? Why?

Here is an interesting post by Owen Jones. Again, the video highlights the solidarity that has been on display by people from diverse backgrounds since the Paris bombings:

Here is the essay planning PowerPoint I used in lessons – the question is on there:

Here is the PowerPoint I created to help you understand the demands of a 33 mark question:

In the exam you should have around 50 minutes, so please try not to spend too long on this!

Here are some of the resources on functionalism I used:

In class we have learnt about Durkheim and Malinowski’s ideas about how religion provides a source of social solidarity and value consensus especially during times of tension or life crises. The tragic events of Paris provide further supporting examples of how a nation and allied countries reaffirm their values when an event like this takes place:

‘Your values are our values, your pain is our pain, your fight is our fight.’ David Cameron 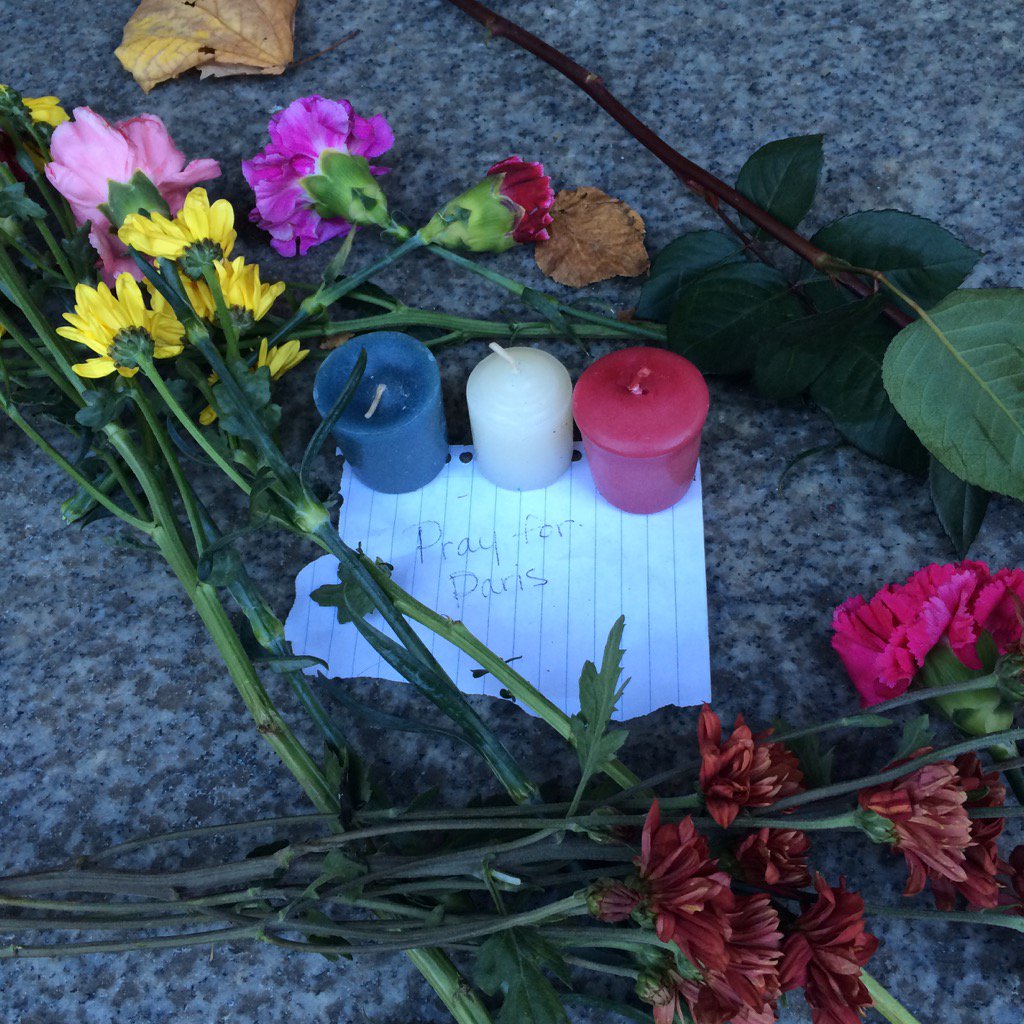