Young men and boys as young as 11 are being increasingly targeted by “sextortion” cybercrime rackets, the National Crime Agency has said. Four men have killed themselves in the past 12 months after being convinced to perform sexual acts on webcams by criminals using false identities, and then blackmailed.

Avon longitudinal study of parents and children – a large-scale UK study that followed the health and development of thousands of children born in the early 1990s.

The study asked parents to complete questionnaires at various points in their child’s life. Among the surveys, mothers were asked to assess their child’s behaviour at nine and 11 years, with questions probing a variety of issues including the child’s attitudes towards other children, their tendency to restlessness, whether they were willing to share toys and their confidence in unfamiliar situations.

Fathers, meanwhile, were asked to complete questionnaires on their approach and feelings towards parenting both eight weeks and eight months after their child’s birth, with questions including how often they helped with housework, how confident they felt as a parent, and whether they enjoyed spending time with the baby. Answers were given on scales, and then totted up.

Looking at the results for more than 6,300 children who lived with both parents at least until eight months old, the researchers found that children whose fathers were more confident about being a parent, and who were more emotionally positive about the role, were less likely to show behavioural difficulties by the ages of nine and 11. 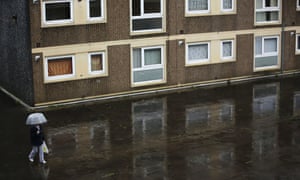 Here are the revision books:

This is a great video about former us president, jimmy carter talking about why he thinks the number one human rights abuse on earth is the mistreatment of women. he talks about misinterpretation of holy scriptures (to benefit man), excessive resort to violence, genital mutilation, honour killings, slavery/trafficking, equal pay,

Thanks for this Pawandeep. 🙂

The following article is an excellent example for both AS family and A2 Beliefs in Society.

The Catholic church has recently apologised for its adoption policy (1950-70s) whereby babies were taken from mothers who were deemed ill fit for the role because they were divorced or unmarried. It is believed that over half a million babies underwent forced adoptions:

Sociology with LDV
Blog at WordPress.com.